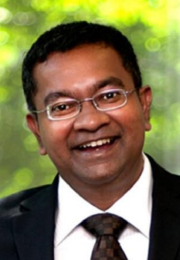 Eugene Thuraisingam is the managing partner of Eugene Thuraisingam LLP, a law firm specialising in disputes and investigations. With over two decades of experience, he is no stranger to the realm of international arbitration, mediation and commercial litigation. He handles international arbitrations as well as commercial litigation in the Singapore Courts for the firm’s network of clients in the Southeast-Asia region. Most recently, Eugene was named one of Asia’s Top 15 litigators by ALB.

a. Ilechukwu v PP [2020] SGCA 90: For the first time in Singapore’s legal history, the Court of Appeal (“CA”) set aside its previous decision convicting our client
of a capital offence.
b. PP v Wee Teong Boo [2020] 2 SLR 533: The CA acquitted a general practitioner of allegations of rape and molest, overturning a 10-year imprisonment sentence. In the course of doing so, the CA clarified the scope of a judge’s powers to convict an accused person on an amended criminal charge without calling for further evidence.
c. Acted for a prominent doctor who was charged with molesting a woman whom he had interacted with in the course of his practice. She was crossexamined by Eugene at the trial. Before the end of the trial, the Prosecution withdrew the charges and our client was granted a Discharge Amounting to an Acquittal.

a. Acted for a client in a SIAC arbitration arising out of a breach of USD 128m contract dispute with the private equity arm of a major international bank incorporated in Hong Kong.
b. Successfully represented a company headquartered in Japan in relation to an SIAC expedited arbitration proceeding.