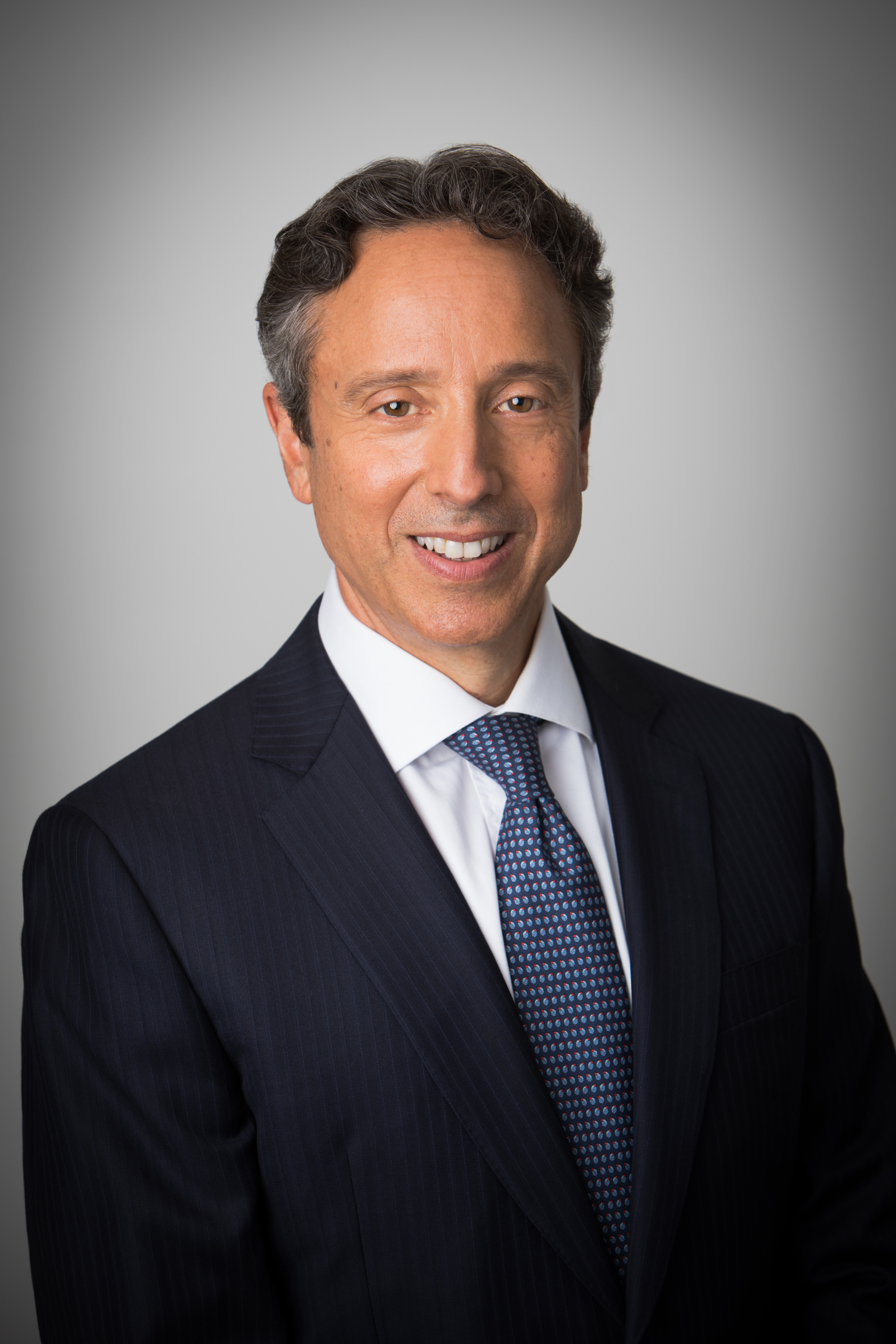 Jonathan Polkes, Co-Chair of the Litigation Department of Weil Gotshal & Manges has been recognized as a “litigation star” since Benchmark’s beginnings in 2008. Since that time, the securities and white-collar-focused New York litigator has only grown in prominence and, in Benchmark’s 2018, made his debut as one of Benchmark’s Top 100 Trial Lawyers, largely on the strength of a major win in an increasingly rare trial for Morgan Stanley, which was fending off claims from a Russian oligarch who was not only litigious but armed with the funding to take this matter all the way. Polkes’ triumph in this case (and continued successes in subsequent appeals) was resounding enough to find him nominated once again in the coveted position among the Top 100 Trial Lawyers for this edition. Polkes speaks to Benchmark managing editor Michael Rafalowich about his history, his philosophy, and the future regarding the art of the trial lawyer.

Can you give me an idea about your professional history and your approach?

I had a singular focus early on that guided me to where I am now. I went to law school because I wanted to be a trial lawyer. I always assumed that I would be in a courtroom doing trials –the idea of doing M&A or corporate work never even occurred to me. I wanted to work for the U.S. Attorney’s office specifically to handle trials. I did clerkships because I wanted to watch judges preside over trials, and I was fortunate to clerk with a district court judge who encouraged us to come watch any trial in his court. Any time there was an opportunity to get involved with a trial, I raised my hand. I did an extraordinary amount of trials as an AUSA - I’d say about 20 - and I did any kind I could get. I did them myself and I also supervised others. Since I started in private practice, I would say I am now north of 30, almost 40 trial, which is definitely a significant amount for anyone in a big-firm setting. There was never any question for me as far as what was and is the most fun thing to do as a lawyer.

What are you seeing in terms of matters going to trial?

You’re definitely seeing them occur less frequently, no question, especially within the big-firm arena. This presents a conundrum, because trials do still happen, but there are going to be fewer attorneys capable of handling them. There was actually an interesting article on this in The New York Times focusing on the judicial experience, and citing statistics about judges who had been on the bench for upwards of five years and who had yet to oversee a trial. When I was cutting my teeth, judges would just go from trial to trial all year long. They might take a break with a day off on Fridays or something like that, but overseeing trials was their entire job.

But even in the old days when trials were more common, big firms tended not to be places where you would get a lot of trial experience. That started changing about 20 years ago, when firms started hiring prosecutors with enhanced trial experience expressly so that they could capture that lucrative and high-profile work whenever it came along. In present day, you are seeing another migration, this time of experienced big law practitioners who want to do trial work to litigation-focused boutiques. So in some ways we have come full circle since when I entered the profession, wherein it is rare to have someone in my position at a big law firm have this kind of opportunity and experience with trying cases.

Has the downward trend in trials been sudden or gradual? And what do you think is driving it?

It has definitely been a gradual decline. It’s no surprise that trials are very expensive and there is an enormous element of risk. If you have a judge, an arbitrator, or especially a jury making the final decision, you simply cannot predict the outcome with certainty; there is a huge element of unpredictability. There are possibilities for randomness, there are possibilities for a mistake, and sometimes the stakes are just too high to make it worth trying the case. In civil cases, sophisticated clients have decided they would rather manage the risk themselves rather than rolling the dice.

Also, on the criminal side of things, sentencing guidelines have put a lot of control in the hands of the prosecutor. If I’m a prosecutor, I can bring these charges against you that carry sentences that make it very intimidating for you to even consider a trial. Most people would not take the risk of actually trying it, no matter how convinced they are of their innocence. If you’re risking something like 30 years’ jail time on trying a case in front of a jury versus copping a guilty plea and doing five years, most would just cop to the plea, do their time, and move on, because the downside to actually trying the case and potentially losing is overwhelming. It’s just too daunting a prospect.

So, that said, under what conditions do you see any cases going to trial these days?

There are a few situations that come to mind. Usually, it’s the kind of case that you can’t readily resolve on the motions, and if you have commercially unreasonable parties and/or parties that aren’t encumbered financially and want to go forward with funding the litigation, trial are usually going to happen. Or the case could involve a set of facts that is fueling emotional or moral issues, which override or transcend the financial value. I also see trials when you might least expect them, in a case where one side seriously misjudges the strength of its case. It has to be the type of case that’s just unusual enough to meet these criteria, and that is very rare these days.

And yet, you are recognized as a Top 100 Trial Lawyer specifically because you did triumph in a jury trial. Can I assume that this case ticked a few of the boxes?

Absolutely. You hit the nail right on the head. In that case, which I tried for Morgan Stanley, we were adverse to a Russian oligarch, who had a lot of money and did not think he had a lot to lose by taking the dispute all the way to trial. Exactly what I meant by “commercially unreasonable party.”

This brings a couple of other variables into the picture - such as the concentration of immense amounts of wealth into the hands of individuals and their investment vehicles who are not afraid to rock the boat. Could this help develop more “commercially unreasonable parties,” and thereby increase the likelihood that disputes go to trial?

That could be one factor that drives more trials, certainly. Ultimately though, I think the overall state of the economy really does factor in to potential litigants’ calculation, and if they are good, their lawyers’ calculation, of the risks associated with trying a case, especially when the adversary is a business partner or supplier or customer. If the economy is bullish, typically what we see is a decrease in the likelihood that our clients want to pursue those claims in court, and instead opt for a commercial resolution that keeps them working together. In contrast, in the case I tried for Morgan Stanley against the Russian oligarch, the dispute itself arose out of complex investments undertaken right before the financial crisis, and so the likelihood of pre-trial resolution, all other things being equal, was significantly diminished.

Your practice seems to primarily emphasize securities and white-collar work for the entities, as opposed to being a generalist trial lawyer. Is this the only area in which you would try a case, or would you be willing to try any case that you believed in?

I am willing to try almost any case. Though my practice is certainly more oriented around securities, business, and white collar engagements, I would take on any sophisticated case that I felt I could simplify - not necessarily dumb-down but simplify - for a judge or jury. If there were any type of case I might recommend for someone else, it would be a patent case, simply because of the amount of science and technological expertise necessary.

That sounds like something you might defer to your fellow colleague (and Top 100 Trial Lawyers nominee) David Lender.

Yes, absolutely. Patent cases, among other disputes, are more up his alley. But his trial practice, like mine, is very broad. He recently won a complete defense verdict in a multi-hundred million dollar antitrust class action, a rare feat in and of itself.

On that note, who are some other trial lawyers you would recommend, whether they are celebrated figures or more “under-the-radar” types?

Outside of Weil, which features two of the best in the business in David Lender and Diane Sullivan, I would recommend three, who I’m sure are already on your radar. One, in the criminal area, is my dear friend Barry Berke at Kramer Levin. He’s terrific. Another one, who I’m sure is no surprise, is Beth Wilkinson at her firm, Wilkinson Walsh. She is my peer and a former colleague: she was at the U.S. Attorney’s office with me. She left Paul Weiss to form her own firm focusing exclusively on trials, and she is doing amazingly with that. Another one is Mike Carlinsky at Quinn Emanuel, who is really first-rate.