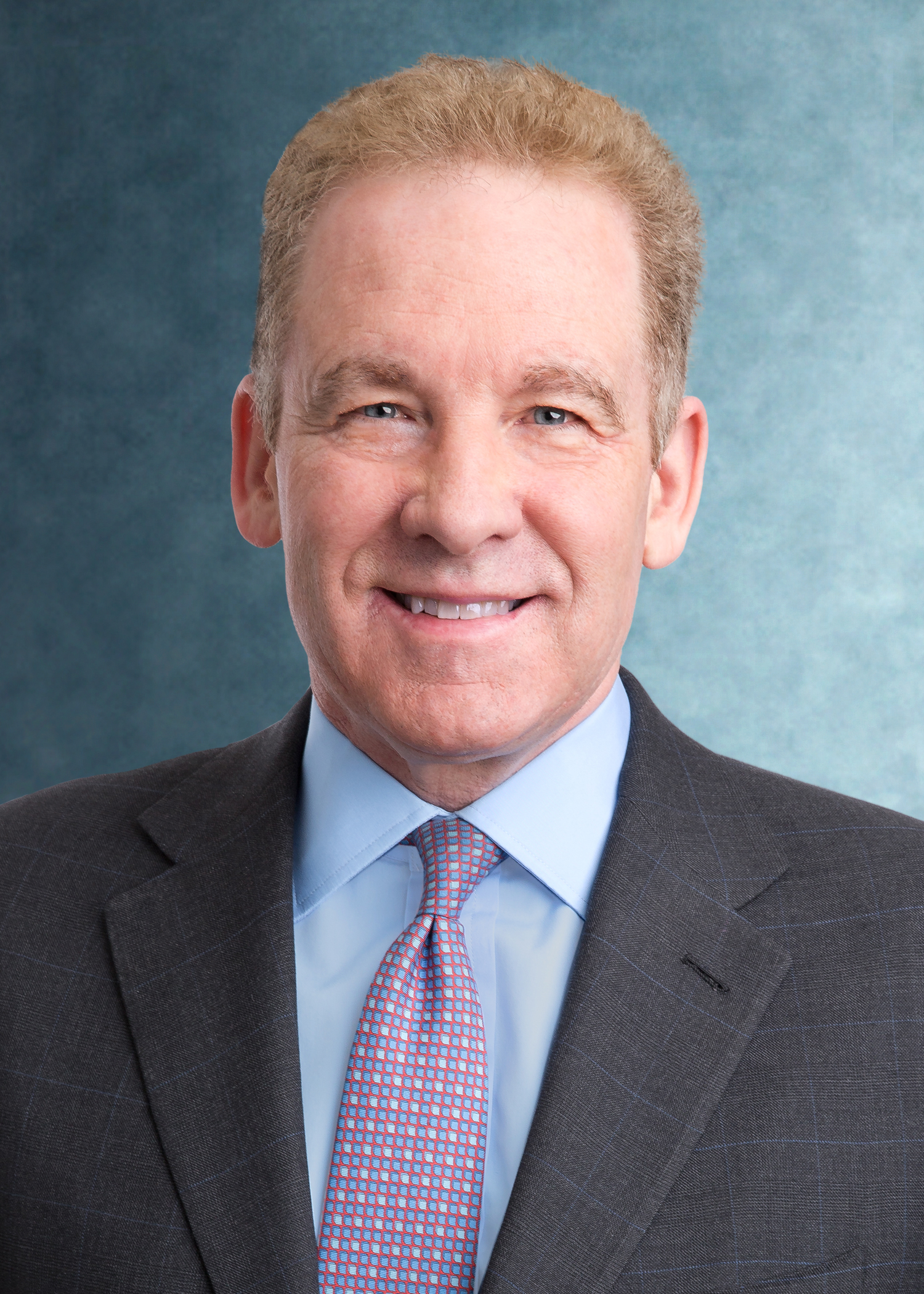 Sullivan & Cromwell's Robert Giuffra is one of the most esteemed – and one of the busiest – litigators in the US. He grew up quite literally with trial work in his blood, and he has built upon this "family business" ever since his graduation from law school. In one of the most talked-about and momentous events in recent legal history, he was pitted head-to-head against another one of the nation's leading trial lawyers, Liz Cabraser [of Lieff Cabraser Heimann & Bernstein], in the headline-level class-action case involving Volkswagen's emissions scandal. The two were instrumental in brokering a precedent-setting settlement, and, as Volkswagen's lead counsel, Giuffra in particular spared his client and its brand any further reputational harm. In this edition of Top 100 Trial Lawyers, Giuffra speaks to Benchmark editor Michael Rafalowich about his history, his projections and his assessment of trial law in general.

When did you know you wanted to become a trial lawyer?

My father was a trial lawyer. He practiced in New York City, mainly as an admiralty and insurance defense lawyer; New York was a big port in the 1950s and 1960s. I watched him in court when I was young. When we were growing up, he would tell us about his cases while we were having dinner. He would go to my baseball games and have his deposition transcripts out, reading them in the stands, as he was preparing for trial. I literally grew up with trials. There was a "Perry Mason come to life" aspect to my father's trial work. In fact, two of my siblings are also lawyers–my brother is a trial lawyer, doing mostly plaintiff personal injury work in New York City. I guess being a trial lawyer is the family business.

Can you tell me about how you first got to fulfill this "family business?"

When I was in my late 20s, after clerking for Chief Justice Rehnquist, I had the opportunity to participate in a big criminal case, United States v. E. Robert Wallach. Bob Wallach was a prominent lawyer in San Francisco–he had been president of the San Francisco bar and was a member of the American College of Trial Lawyers. He was implicated in "Wedtech," a Reagan-era scandal involving government contracts given to a South Bronx defense contractor.

During Bob's first trial, he was represented by Gary Naftalis, one of the best trial lawyers in New York and a mentor to me. Unfortunately, Bob was convicted, although the jury was out for a number of days. I was asked to work on the appellate briefs with Judge Robert Bork and Dennis Riordan. The Second Circuit reversed Bob's conviction, and the case was remanded back for a new trial. I then worked on preparing for the new trial–never having tried a case in my life! I was going to try the case with Mike Armstrong, a prominent New York trial lawyer and former Queens DA, and Chris Arguedas, who is now one of the most successful criminal trial lawyers in the country.

We did a mock jury trial, where I played the government, and Mike and Chris lost. We also did another mock jury trial where Bob defended himself; the results were better. Ultimately, Bob decided that he would represent himself at trial–he had tried more than 200 cases to verdict and won the vast majority of them. There was a lot of pretrial work, and we tried the case in front of Judge Richard Owen, who was known to be very pro-prosecution. After nearly two months, the jury hung, and the new U.S. Attorney, Mary Jo White, decided to drop the case. It was a great win, and Mary Jo deserves praise for putting an end to Bob's ordeal.

I learned a tremendous amount from working on the Wallach case, including the importance of focusing on the "human story" and simplifying complex subjects for the jury. It's always important to have a narrative explaining why your side wins.

I've had great mentors. What makes the law a profession, as opposed to a business, is that one generation teaches the next. When I started out at Sullivan & Cromwell, I worked closely with John Warden, who was the head of the Firm's Litigation Group. I watched John in court, and he put me in situations where I had the chance to examine lots of witnesses. I also learned from Dave Tulchin, one of the best trial lawyers in the history of our Firm. Dave is very hands-on and hates losing. Another great mentor was my close friend and partner, Vince DiBlasi. Vince has now retired, but he was a fantastic lawyer. He was the best securities litigator of his generation. Vince had great common sense and strategic judgment.

You are a trial lawyer but as of late, you are best-known for logging some historic settlements, as is the case for others on the Sullivan & Cromwell team. How do you strike the balance?

These things go in cycles.

Almost immediately after the conclusion of witness testimony in the LightSquared trial, I travelled to Dallas to join my repeat trial partner, S&C's Michael Steinberg, for one of the biggest jury trials in recent Texas history. Mike and I had worked together on two other trials – the Gillette-Norelco IP trial in Boston and the MBIA Article 78 hearing. During this five week trial, Mike and I persuaded the jury to reject Energy Transfer Partners' (ETP) claim, seeking more than $1 billion in damages, that Enbridge had conspired with Enterprise.

During the second half of 2014, I was lead counsel for Tenaris in two International Chamber of Commerce arbitrations. While the arbitrations were pending, I obtained a very favorable settlement for Tenaris. I also did an employment trial, which we won.

Finally, in the Fall of 2014, I was lead counsel for Goldman Sachs at a contested hearing with live expert testimony over the certification of a class in a highly-publicized gender discrimination action. After hearing the testimony, the magistrate judge recommended that no class be certified.

Why did you adopt a global settlement strategy in Volkswagen?

When a case comes through door, we assess everything: How strong is this case? Can we win? Will we lose? If a case seems very risky, you want to settle it on the best possible terms. Some cases actually get better with age. And some cases you try knowing you will lose because you know you can win on appeal.

In late 2015, I was named as National Coordinating Counsel for Volkswagen in its emissions matters. I was originally hired to handle the securities work. At the start of any case, you have to assess whether to settle or to fight. Working with Volkswagen's General Counsel Manfred Doess, we developed the strategy of trying to secure global peace in the U.S. on the best possible terms. Volkswagen is a consumer company, and the prospect of years of litigation wasn't going to be good for the brand. It also didn't appear that the case would age well.

Over the past year and a half, we've worked incredibly hard to settle with the DOJ, EPA, more than 40 states and the class action plaintiffs. To the extent that we haven't settled cases, it's because we believe the company has defenses. We face opt-out exposure, and we will likely have to try some opt-out cases. We are also litigating with states that haven't settled. Judge Breyer recently ruled that some of those state environmental claims are barred by the Clean Air Act. It's possible that this preemption issue could reach the Supreme Court.

What's happening to trial law – is it a lost or dying art? And what's being done to preserve it at Sullivan & Cromwell?

At S&C, we do a lot of internal training for our associates, and when we have trials we try to involve our younger lawyers as much as possible. The key is training. I did lots of examinations when I was a young lawyer. You can only learn by doing. Experience is critical to being a good trial lawyer. It's important that partners recognize their duty to train their associates. It's gratifying, and it's good for the firm.

What do you consider the essential qualities of a trial lawyer? Do you feel like this status is open to any litigator?

A problem I'm increasingly seeing in the litigation business is that it's becoming too specialized. There are IP litigators, securities litigators, environmental litigators, class action litigators, and so on. I'm a big believer in being a generalist. When problems come and they're really big, you need people who can look broadly at all the implications. You need to view the problem at 30,000 feet.

The most critical skill a lawyer can have is the ability to figure out what the most important issues are in a particular case and why your client should win. Too often lawyers have a tendency to get lost in the forest and don't see the trees – most cases are won because of one, two or three issues tops. The key is simplifying those issues for the judge or jury. When you get lost in the forest, you end up confusing the judge or the jury. It's easy to forget this, because we lawyers love to dissect complicated problems – it's what we love to do – but we need to think about why our client should win. Otherwise, the chances are that you won't.

I'm also a big believer in repetition–in order to persuade a judge or jury, sometimes you need to make points several times, in a straightforward commonsense way.

Courtroom graphics are also becoming increasingly important. People are visual learners, whether it's through TV, the web, or their smartphones, people communicate graphically these days. I place a lot of emphasis on trial graphics. Having strong, slides prepared for effective use in the courtroom is incredibly important at trial–much more so than loading up on words. Using too many words can be confusing for juries. I also advise doing jury research. I work closely with James Haase of Immersion Legal Graphics. James is the best legal graphics person in the business.

Who are some other trial lawyers you think highly of?

Barry Berke of Kramer Levin is excellent. He has an exceptional win-loss record in criminal cases, where the U.S. Attorney typically wins 90 percent of the time. Steve Molo of MoloLamken is quite talented; he just won a big appeal for the former Speaker of the New York Assembly, Sheldon Silver. Greg Joseph of Joseph Hage Aronson is an outstanding trial lawyer–he combines the skills of an excellent courtroom lawyer with the skills of a great strategist. Evan Chesler of Cravath Swaine & Moore is another superb trial lawyer. Helen Gredd of Lankler Siffert & Wohl is a fantastic lawyer. She's at the top of my list to represent a senior executive in one of my big corporate cases. Andy Levander of Dechert is great, as is David Boies of Boies Schiller, who is a legend. Among the younger lawyers, I'm a big fan of Bill Burck of Quinn Emanuel, who worked with me at S&C when he started out. Reid Weingarten of Steptoe & Johnson tries more big criminal cases than almost anyone. Reid, along with Chris Arguedas in California, are two of the best white-collar trial lawyers in the country.

The Texas market also has some great lawyers. Texas is a hotbed of trial work, as is New York, but in New York you deal with some of the world's biggest companies and the trial work is more focused on "landing the plane so it can fly another day," so to speak. In Texas, there's a culture in that bar that is kind of like the OK Corral! David Beck of Beck Redden is a great Texas trial lawyer. He tried the Enbridge case. Dick Sayles and Rodney Acker are two other excellent Texas trial lawyers. Mike Lynn of Lynn Pinker Cox & Hurst is aggressive and knows how to appeal to the jury.